As I was going back through emails (looking for mailing addresses) I came across an email sent by Betty Magdalen wherein she mentions the term "Bettysday" for the first time:
P.S. Betty Ross suggests that we could call it Bettysday, like Bloomsday (6/16) -- the day people celebrate James Joyce. Or Neelsday. But I like Bettysday better.
The Founding Bettys felt that Betty Ross deserved a little something extra so we sent along a little book called "My Dad Had One of Those" (a picture book of British family cars during the 50's to the 80's). 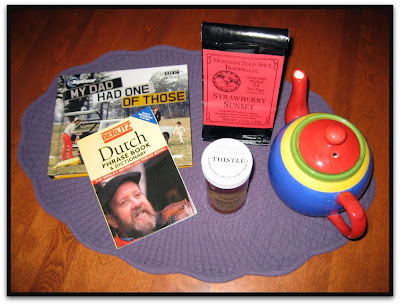 Thank you, Founding Bettys, for our wonderful prizes. Ross was most especially taken with his 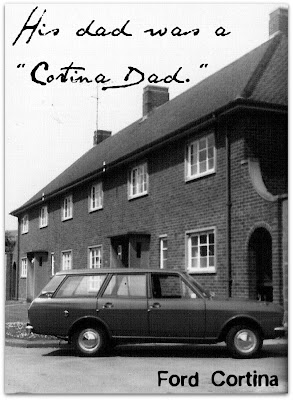 special extra prize, the Top Gear book, "My Dad Had One of Those," all about British family cars from the 60s and 70s. In fact, he's provided The Uncrushable Jersey Dress with proof that his dad was a "Cortina Dad," just like in the book.

Alas, we haven't (yet) been able to go to The Netherlands to use our useful phrase book. But as we both currently have colds, the herbal tea & honey is going to come in very useful!

Lots of love & thanks from Betty Ross & Betty Magdalen

P.S. Bettysday was, truly, its own delightful prize but you can never argue with getting a box in the mail! 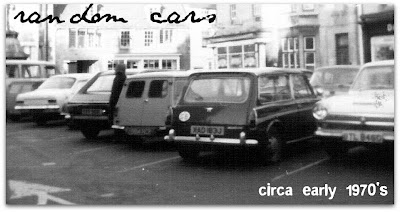