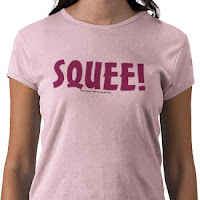 I'd just like to say that I love Caroline's Waterloo. Whenever I'm asked about this blog (you know, the thing that sucks every minute of my waking hours) and then asked who Betty is and what these books are about, at some time, if the questioner is further interested, I will be asked what book they should start with. Caroline's Waterloo. You just can't go wrong with Caroline's Waterloo. I bought my copy several years ago at Goodwill. I was pushing my cart along when I saw it in another person's cart! And it looked awesome! All I just had to do was wait until a certain someone's back was turned and instruct my daughter to reach...Totally kidding! The Great Betty would never approve. No, happily, someone had unloaded their entire collection of Neels that day and there was a duplicate. Pwew.
At the outset of the book, Caroline and three other nurses are on a

camping/bicycle trip!! (Betty Debbie says she always feels smug and superior to 'those people' when she's on vacation, riding in a comfortable vehicle, while they have to wear ridiculous clothes and struggle up hills. Not to mention traffic...) I think it's October too, so, while the weather might have been lovely during the daytime, it was bound to be very nippy once the sun went down.
Caroline throws up on his shoes...all he has to do is ring a bell for a clean pair of shoes, and a MAID cleans up the sick. This is kind of a neat trick. When I was pregnant with my second darling tax rebate, I had a gnarly case of the pukies (8 to 10 times a day at the crest of the tidal wave of hurl). Mijnheer van Voorhees, not yet the fully evolved Superman he is today, noticed that I was throwing up one day in the shower and though it was all his fault (HE did this to me!), no offer to help clean up was forthcoming. Eight years later and I'm still flogging that dead horse. If only we had had a maid...
Noakes opines that Dutch is a nasty, awkward language. I do not have anything to add at this point, merely to point out that all the maids, housekeepers and butlers are just as cute as a button. 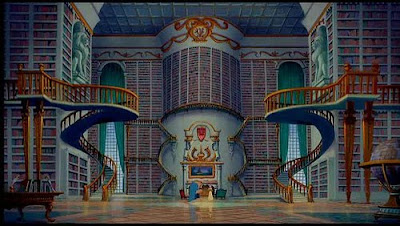 Huis Thoe has a library which I (and Betty Debbie) have always wanted. We compensate fairly well with long walls of books but it isn't the same--the kids will insist on messing mine up. Anyway, this got me thinking about the Kindle (which Betty Magdalen was kind enough to post about extensively) and it made me wonder about those walls of books and how satisfying they are (until you have to move them) and how I like to (excuse me for using an Essie Summers-ism) 'dip' into them a little at a time and how much people can tell about me just from standing in front of one of my bookshelves for a minute. Hm...Discuss.
The sort of happy couple go choosing wedding rings on her lunch hour. Caroline picks out a perfectly plain gold band of which I heartily approve as they are so versatile when changing the nappies of the tennis four she will present her husband with in due course.
Radinck is famously emotionally stunted. He is taciturn and closed-mouthed but finally she wrings this compliment from his unwilling lips: 'your figure is not displeasing'. In the normal course of things, you couldn't possible construe this as a flattering remark but it is to The Venerable Neels' credit that the simple words from him are loaded down with meaning: His unfamiliarity with making pretty speeches, his need to do so anyway, his recognition that she needs something from him, the uncomfortable realization that he's noticing her when he didn't intend to...it's all in there.
It takes all of two hours to be shown the house (by Juffrouw Kropp - the housekeeper). Betty Debbie says her house would only take 5 minutes, maybe 10 but perhaps it would take longer if she had her daughter-in-law inspecting the contents of every pantry shelf and examining each scrap of linen. You could totally stretch that out to 45 minutes...maybe even an hour! 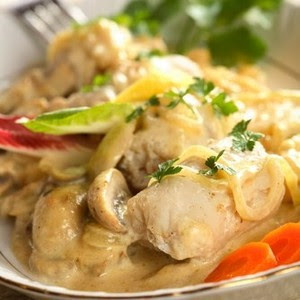 Caroline thinks to herself, 'He wouldn't want to know that she had sometimes been rather hungry; hospital meals cost money and although one could eat adequately enough if one were careful, there was never anything left over for chocolate eclairs and steak and sole bonne femme.'
A. We almost named this site 'Sole Bonne Femme' (so glad we didn't as we would have been obliged to eat it and I'm not at all sure I would want to (mushrooms, no.)--whereas today I wore an Uncrushable Jersey Dress and thought of Betty.)
B. How adorable is she? She doesn't hit him over the head with her raptures of delight at her new life but, if/when he cares to take the time, she will have a lot to tell him.

At the burgermeester's reception, Becky gives her husband a 'wifely nip' on the arm so that he knows to go sit with Caroline. Maybe Betty Debbie is better at that 'wifely nip' stuff. I think her Doktor's arm has a calcified spot where her elbow meets it... ;0)

And last, Happy Birthday Betty Debbie! I have the hardest time not calling my own sister Betty Debbie because of TUJD.