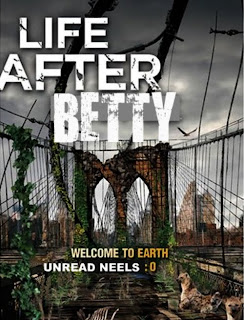 More books by Georgette Heyer (I told you my library had a ton of them!):

Girl. At first I thought this one was going to be just like Sprig Muslin...foolish young girl runs away and is picked up by handsome eligible young man and is taken to an old girl-friend's house. Much of the book is taken up with the hero dashing about the country trying to find the young girl's missing grandfather. It's an fine read, but I wouldn't put it at the top of my Heyer reading list. (I would buy it at a thrift store, otherwise, check it out from the library)
Faro's Daughter. On one hand, I sort of have to love a book w

herein the heroine has the hero kidnapped and locked in the cellar. Some sort of awesome! On the other hand, I never really connected with the gambling in the story. Deb, the heroine, is a bit more worldly than most of Heyer's heroines that I have encountered so far - but then, she does work in her aunt's gambling establishment. Deb is also quite dauntless...she doesn't blink at losing 600 pounds to the hero while playing picquet with the hero. (I wouldn't mind reading this one again, library check out.)
The T

oll-Gate. Murder, mystery, more murder, midnight marriage, love at first sight. This is a story that's more about the hero than a heroine. Captain John Staples...a lovely tall drink of water. He finds a young, frightened boy alone one night at a toll gatehouse and sticks around to help - and gets caught up in a mystery. John manages to fall in love at first sight - and is a little dispairing of getting the girl to agree to marry him - until her grandfather sort of forces a surprise wedding over his own deathbed. You go grandpa! (buy it from the thrift store...or library)
These Old Shades. I have already talked about this one once: "Delightful stor

y, fun characters. I'm not usually sold by Hero/Heroine with 20 year age differences, but Miss Heyer made it completely plausible. She also managed to make me believe that the "reformed rake" was truly reformed...and that's saying something." Lot's of fun, and if you don't mind men tottering around on high heels, then you should love this. (I would buy this one - partly due to the fact that it's a prequel to Devil's Cub)
Devil's Cu

b. The Zombie Bride recommended this one, and I have to say, thank you, Rebekah. It is a sequel to These Old Shades - with the son of the main characters from that novel. I do love the heroine - who shoots the hero (in the arm) in order to make her point - her point being that she isn't "that" kind of girl. She also manages to stop a sword fight - which earns her a slight wound to her shoulder and a ripped bodice. Two thumbs up. (I would buy this one!)
Posted by Betty Debbie at 12:01 PM