The Travels of Becky & The Baroness III 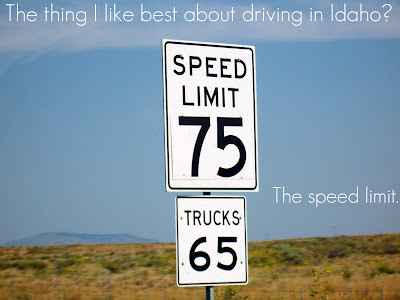 At the end of their sojourn in Trondheim, Becky and the Baroness (The Promise of Happiness) get to pack up for the trip to Holland. They will be traveling with Tiele and Tialda. Will they fly? No. Another cruise? Nope.
Road Trip!!!
The distance from Trondheim to Home Sweet Home, is roughly 700 miles. Much is made of the fact of how far that is...Tiele takes three days to make the trip. THREE DAYS. I suppose if you stop and have lunch in a sit-down restaurant, and then tea, plus breakfast and dinner at a hotel you could take that long. That doesn't work so well for citizens of the western portion of the U.S. We'd take forever to get anywhere.
In the 20 years that Dr. van der Stevejinck and I have lived in Washington State, we have routinely taken 2,000 mile (round-trip) driving vacations. Flying the two of us and six kids would have been entirely too cost prohibitive...so in order to visit my in-laws, sixteen hour bum-burners were de rigueur. It's about 900 miles to Salt Lake City from our house, and we seldom take more than one day to drive it. Here's why (and now some bullets!):

Lest you get the impression that the trip is just a nightmare, I will say that I have gotten lots of reading done when it was my turn to be passenger. I'm exceedingly grateful that I don't get carsick on the freeway, otherwise the trip would be a nightmare.

Last October my daughter, son-in-law, and 4 grandchildren under the age of 7, moved from Washington to Charleston, South Carolina, a distance of nearly 3,000 miles. They made the trip in 6 1/2 days. Six and a half days of being cooped up in a mini-van with six people. I'm so impressed that they made it. There's no way I'm driving out to visit. *I'll be taking to the friendly skies.

*since writing this, Dr. van der Stevejinck has booked flights for us to go to S.C....in 10 days! Yes, it's great, I'm excited, thrilled, overwhelmed...now I have to find a substitute for my class. I'll be even more excited, thrilled and perhaps a little less overwhelmed when I've done that.
Posted by Betty Debbie at 7:00 AM

Email ThisBlogThis!Share to TwitterShare to FacebookShare to Pinterest
Labels: travel