The Magic of Living: Lord Byron's Philosophical Truisms and other Recipes For Disaster

When Arabella finally rids herself of her useless superior (the nurse that came with her to Holland) she sings as she goes through the hospital 'Blow, blow thou winter wind...' a lyrical poem from Shakespeare's As You Like It:
Blow, blow, thou winter wind.
Thou art not so unkind
As man’s ingratitude; Thy tooth is not so keen,
Because thou art not seen,
Although thy breath be rude.
Heigh-ho! sing, heigh-ho! unto the green holly:
Most friendship is feigning, most loving mere folly:
Then, heigh-ho, the holly!
This life is most jolly.
Freeze, freeze, thou bitter sky,
That dost not bite so nigh
As benefits forgot: Though thou the waters warp,
Thy sting is not so sharp
As friend remember’d not.

The Girl With Green Eyes: 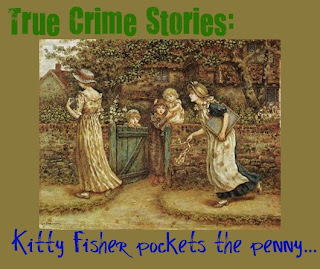 When the doctor meets our heroine, he recites 'Lucy Lockitt...lost her pocket, Kitty Fisher found it.' Ah the pleasures of a weird-if-strangely-familiar name. In college I had a roommate named Eden and to this day I can't sing one of our really lovely hymns ('and earth will appear as the Garden of Eden...') without thinking of all the cheesy lines she got. For Lucy Lockitt the rhyme is thus:
Lucy Locket lost her pocket,
Kitty Fisher found it;
Not a penny was there in it,
Only ribbon round it.
It sounds like a whodunit to me. Just where was the Miss Fisher on the night of the alleged theft? Why does she have a slush fund in the Caymans? Is Kitty an alias?
Posted by Keira at 9:49 AM