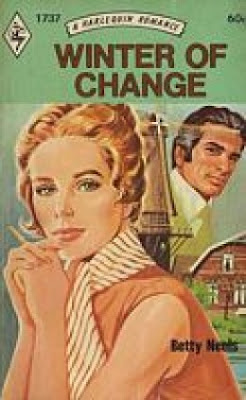 Betty Barbara here--again--- Just finished a re-read of Winter of Change. Hrumph--I shall save my comments until we reach the review. I will say it is one of the few Betty books that I have hurled across the room. 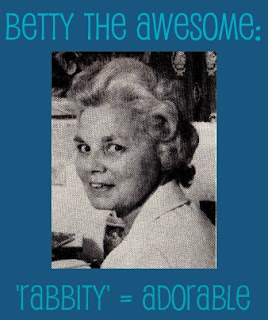 it. No hard feelings, Betty. I still love you. Still, I should probably prepare you for a slightly more favorable re-read on my part. In the spirit of Thanksgiving, I worked mightily to root out every kernel of charm planted therein. Let's see if that gets us anywhere...

Mary Jane Pettigrew, 22, is plain, has 'rabbity' teeth and supports herself on her own meagre earnings. She is a 'good' nurse--the kind who makes patients comfortable and pettily tyrannical Ward Sisters grind their teeth.
Upon receiving an urgent phone call, she rushes home to her grandfather--her only living relative. He's dying. It says much for the state of their relationship that she wasn't notified of his illness or his plans for her inheritance and is told summarily that she is to get a guardian (at her age!) along with the house and his fortune.
Grandfather is one of those throw-backs who scouted high and low for a near-ish male relative (his cousin or cousin's son or cousin's grandson...if they could find him anywhere) to leave the family estate to but finally settles everything on Mary Jane with the legal rider that, quote, (let's see...paragraph 3, section 7, addendum 14) 'She isn't to worry her pretty little head...' (I kid--but only a very little.) 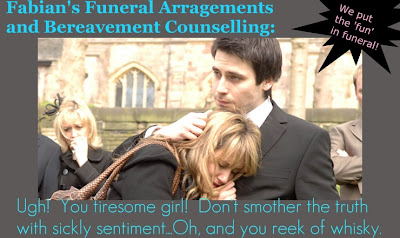 Professor Jonkheer Fabian van der Blocq, 40 (40! Four-oh.), sweeps up to the family home. Upon his arrival he is greeted happily by Grandfather (clearly a relationship of long standing) and his presence underlines in every way that Mary Jane is not, nor has ever been, a substantive part of Grandfather's life.
Editorial Note:
It's really sad. They love each other but being around Grandfather is like warmly hugging a block of granite. Sure you can do it, but why would you want to?
Oh, and have I mentioned that everyone kindly points out at every possible moment that Mary Jane is tiresome and/or as plain as a pikestaff?
For his part, Fabian is really terrible--he's patronizing and (usually the kiss of death for a Neels character) POMPOUS and has no patience for a young girl who is losing her last relative. As for accepting the guardianship? I was only a few pages into this arrangement before I was mentally composing a 'Do-you-want-to-know-where-you-can-stick-this-inheritance?' speech. I kept hoping she would do it. (She's a State Certified Nurse! The world is her oyster!) 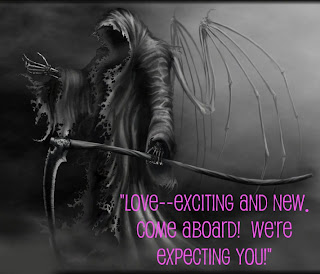 And then Grandfather dies. Fabian arranges the funeral and hugs Mary Jane. Wow. I am overwhelmed with his consideration and warmth.
Then, in fulfillment of the promise she made to her grandfather, she travels to Holland to nurse his old friend (Fabian's (gah, that is a flesh-crawling name) uncle). Will Uncle What'shisname survive? No, he's also destined for the boneyard and at this point I am considering questioning the wisdom of The Great Betty in making death such a central plot point. (Take a romantic cruise on the River Styx!)
Fabian pretty much drops her off with his irascible uncle and melodramatic cousin and pops in a week later (when Mary Jane has them all firmly in hand) to discover that no one is giving her time off!
Editorial Note:
(I know, there are a lot of them in this review.) This is actually an important part of the book for me. Fabian gets a lot of credit for putting himself out as her guardian but Mary Jane is doing some very skilled and long-term work for his family. This puts things on a more equitable footing --it mitigates some of the age difference and tells us why he falls for her. And fall he does...
Uncle dies.
Fabian tells us at the end that this is when he realizes he loves Mary Jane and though they haven't spent much time together in Holland he did get to see her dog and pony show of sterling qualities.
As he deposits her back in England they discuss substantively the administrative duties of guardianship:
Her: I think I shall buy a horse. 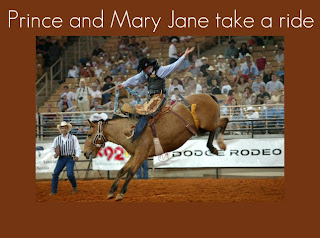 Him: Over my dead body.
With that sort of impasse (and Mary Jane still unaware that she is anything less than a festering boil on Fabian's backside) is it any wonder that when long lost Cousin Mervyn (he of the too-close eyes who might have inherited the estate if hide or hair of him had been found) arrives from Canada he finds a girl ripe for the love con?
The gentle rain of his endless compliments is balm to her wounded spirit. And soon enough she entertains thoughts of marriage and foolishly writes him a blank check (maybe to stave off monetary deflation?) so that he can purchase a murder weapon. Okay, Prince (the wild-eyed and limping horse) isn't a murder weapon yet but tally him with the Special License Mervyn has in his pocket and the insurance policy he recommends she take out and it creates a fetid stew.
Fabian arrives just in time. He essentially throws Mervyn out on his ear and breaks Mary Jane's heart like a bull in a china shop.
Editorial Note:
So if you blinked and missed his dawning realization, all this comes over very differently. There's that scene in the Olivia de Havilland movie (The Heiress) when the plain Jane is being told by her father that smoking hot Montgomery Clift was playing her for a fool and was only after her filthy lucre. Daddy isn't gently imparting the news--he's gloating. And, if you don't feel sympathetic to Fabian for having to break up the wedding of the girl he loves than it sort of comes off that way. He doesn't quite say 'What other reason, besides your fortune, would a man have for wanting you?' but she might feel it is implied. I mean, he calls her an easy mark! That's not going to translate well any way you slice it.

She yells her head off at him which he doesn't deserve as he's just been to Winnipeg and back (Winnipeg! Betty Keira expects a all from the Winnipeg Chamber of Commerce in 3...2...1...) but he's the only one to vent her considerably bruised feelings on.
They part--he to Holland and she to part-time nursing back in London (which is as near to ripping up the will that she ever gets)--but he returns, asking her to nurse his cousin.
I like this interlude in Holland. She realizes that she loves him and then in a tiny little interchange we get a peek of their future life together. They're out skating on the ice and she nearly cannons into him. 'Whoops!' said Mary Jane, breathless. 'I thought I was going to knock you over--you should have moved.'
He was still holding her. 'No need. I weigh fifteen stone or thereabouts, and I doubt if you're much more than eight.' He laughed down at her. 'You show a fine turn of speed, though I don't think much of your style.'
'Oh, style--I enjoy myself.'
Won't they make a darling pair? I wish we'd seen more of that.
She goes back to England soon after and misses him terribly. When it gets too much she takes long walks and returning to the house, cold and tired, she allows herself an 'Oh, Fabian.' He answers.
The End

Rating: This one is going to take a bit more explaining than an ordinary Neels. The first half is Fabian's Nasty Sojourn and the second half is The Many Mistakes of Mary Jane. But there are parts to like in both (Mary Jane being human and diligent in part 1 and Fabian being trustworthy and yearning in part 2). So, here's my Wish List for Winter of Change:
There are enough witty observations and charming turns of phrase to make this a darling book but Fabian's gratuitously cruel and chilling remarks to Mary Jane when her grandfather is dying sour the soup--no, no, they drop radioactive isotopes into the soup. We don't have any reason to root for him for many, many long pages.
I had remembered that Mary Jane was more of a simp than she really was. Sure, she doesn't like Fabian right off but he really earns her enmity and she's a bit off balance (what with her only living relative popping off in that fashion). She is enormously helpful and sensible when she nurses Fabian's uncle and babysits his cousin. And her only mistake is following Mervyn's trail of breadcrumbs into his Enchanted Cottage of Bull Pucky. That she needs time to be rude and disillusioned (particularly as Fabian made zero attempt to break things to her gently) and to lick her wounds doesn't fuss me.
This earns a Beans on Toast because Fabian is truly awful and that's a hole that the Great Betty doesn't quite manage to dig him out of. Still, the writing is quite good and Mary Jane is a flawed but generally sensible character. But it's a sad book and that more than anything is why I don't recommend it very highly.

Fashion: Grey dress, brown tweeds, felt hat, a 'nice' evening dress of blue and green organza with a pie-frill collar. A velvet beret that he fails to notice. A dark green pinafore dress with a crepe blouse (I think I grew up after the era in which grown women could wear pinafores without looking like mutton dressed as lamb), a gorgeous sounding burgundy red coat, dress and cap that sounds like something Jackie O might have worn and (because it is the bleak, cold winter) a sheepskin jacket and knitted mitts.
Posted by Keira at 5:00 AM