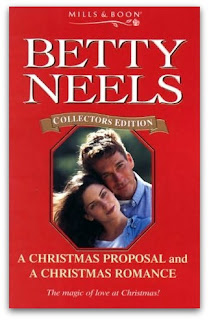 Hugo and I have had the most wonderful year. It's nice to be able to catch up with those of you who missed the happenings of last Christmas. My goodness, we had an exciting time.
We were married just DAYS after Christmas. The special license speeded 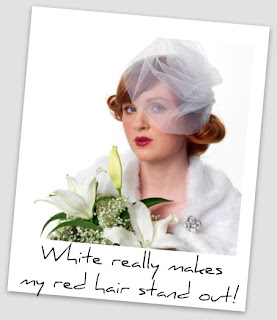 things up a ton, and a quiet church wedding was just what the doctor ordered. Hugo's sister Rosie was there, along with her husband and children, so we weren't entirely without family.

As many of you know, I don't have any family except for the Great-Aunts. Before Hugo, I was sharing an attic bedsit with Gustavus(my cat) and counting my meager blessings, when Hugo and I met at the hospital. It was sheer chance that Miss Prescott should send me down to Sister's office with some diet sheets at the same time Hugo was looking for them. It was love at first sight for him. I took a week or two longer.
Hugo was sooo adorable. He kept offering me rides in his great socking Bentley - mostly when I needed to visit the Great-Aunts. He even gave me a kiss on the cheek in front of them (he later told me that he often wanted to kiss me, but he held back because he was afraid of scaring me off!)!
The hospital ball was fabulous. I wore a grey dress that was 'new to me'...w 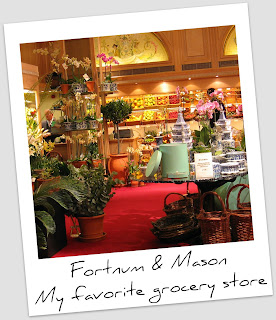 ith a bit of hand-stitching and dim lighting I don't think it looked too bad. At any rate, Hugo wasn't embarrassed to dance with me - he even took me home!
We had a lovely lunch at Fortnum & Mason's. Hugo caught me as I was rushing off to do some shopping for the Great-Aunts. Instead of spending my entire lunch hour picking up all of their Christmas foodstuffs, Hugo simply handed the list to an employee and asked that the lot be ready in half an hour. Gosh, what a fun way to grocery shop! Leave the boring stuff to the experts and have a relaxing lunch. Hugo just barely restrained himself from kissing the tip of my nose when I thanked him for a lovely time.

Of course I needed to take the box of food to the Great-Aunts that weekend, and Hugo very sweetly fibbed and said it just so happened that he was going that way also. I nearly froze to death during my weekend with the aunts...they are enthusiastic 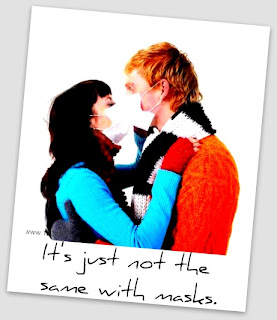 environmentalists! They eat much of their food either cold or underdone, not only that, but they keep their thermostat set at a positively glacial temperature. Brrr. Hugo could see right away that I wasn't in good tick, so he very sweetly swung by his home to give me a nice hot dinner and some medication for my cold. When he dropped me off at my bedsit he kissed me. I was concerned that he might catch my cold, but he must have a iron-clad immune system. That kiss is what made me realize I was in love. TMI?
Hugo was out of town for the whole week, and I missed him terribly - I had no idea he was gone until I overheard a couple of nurses talking. He didn't get back until Sunday morning - when he nearly ran over me. That was my fault. I was trying to flag down some help for an old lady who had just been run over. He was marvelous at stopping the bleeding. I did what I could to help - mostly by discussing the elements of a Christmas dinner. I know, I know, I sound useless - but I did keep her calm until the morphine kicked in. 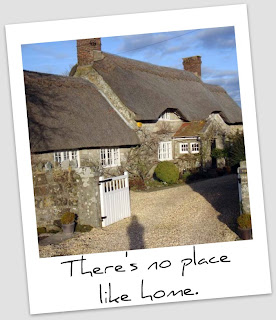 to his place for a proper breakfast. This was the day we got Maximilian! Hugo saw the look in my eye and that was all it took. He never can resist that look.

The following weekend, Hugo invited me to see his country cottage. It may not be big and fancy, but it is a delightful place to retreat to. Hugo gave me a big scare while we were there - he said that he planned to get married and that the girl he was going to marry approved of the cottage. How was I supposed to know he meant me? This led to a tiny misunderstanding on my part when I saw him with his arm draped across ANOTHER WOMAN(!!!) a few days later. Little did I realize that woman was my soon to be best friend and sister-in-law, Rosie.
Things came to a head for us on Christmas Eve. I was supposed to be going to stay with the aunts - but they sent me a letter that 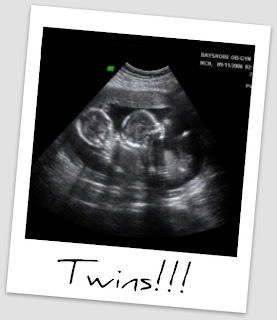 morning telling me not to come because they had given my room to some friends of theirs. Instead of spending Christmas with them, I now faced being alone with Gustavus. Hugo tracked me down, we sorted out my misunderstanding and he proposed!!

We really are blissfully happy. Hugo works hard at the hospital, but spends every spare minute he can with me, Max and Gustavus. In other news, we expect a new addition(s) to our little family any day now.
Happy Christmas to you and yours,
Hugo, Theodosia, Max & Gustavus
p.s. Betty Debbie sends her regards along with Lashings and Lashings of Whipped Cream!
Posted by Betty Debbie at 5:00 AM

Email ThisBlogThis!Share to TwitterShare to FacebookShare to Pinterest
Labels: lashings of whipped cream