Betty Neels was in her late 80s when she wrote The Mistletoe Kiss. I slap my forehead, sink gobsmacked on the nearest sack of potatoes and goggle my eyes in wonder. May we all be so needle-witted and full of feeling in our sweet 80s... 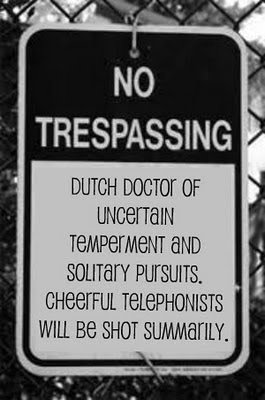 Once upon a time there was a fair maiden disguised as a ordinary-looking hospital telephonist (operating a telephone is not exactly brain surgery). Ermentrude Foster, 23, is on the lowest rung of the hospital ladder (almost the scullery!) and she is asked to deliver a message to a beast in the tower.
Professor Ruerd ter Mennolt, a neurologist (operating on the human brain turns out to be brain surgery), is really a handsome prince but has been enchanted by a wicked witch named Annaliese. He meets the maiden, suffers the full force of her considerable charm and remains unmoved. Be good enough to tell Miss Crother on no account to send you here again. And then he polishes off a few villagers and lays waste to the countryside. The beast has very thick skin.
Each day, as he comes to and from his tower (to burn cottages and terrify the populace), he notices the little maiden, plying her needle and practicing other 'womanly skills'. He does not want to notice her.
One day, not too long after, Wicked Witch Annaliese flies into town on her broom. Confident that her spell is as powerful as ever, she neglects fully transforming herself into the Fairy Princess alter-ego so necessary to keeping the beast in her coils. Her answering machine voice, he notices, is grating and high-pitched. (Maybe he hears the lilting sounds of woodland singing from his mousy telephonist.) Also, she is not particularly interested in hearing about all the cities he has sacked or all the brains he has held in his hand. The beast develops a pucker in his brow. Maybe, he thinks to himself, my Fairy Princess is not all spun sugar and sticky toffee pudding...
Then there is a bomb. 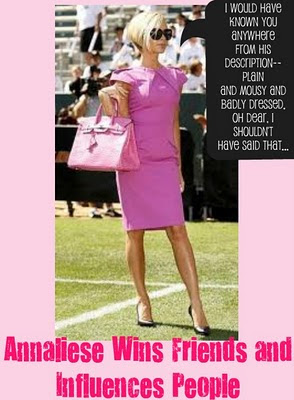 Ruerd the Beast uses all his supernatural skills to save everyone. (Who will he pillage or terrorize if they're all dead?) And then he finds the maiden stranded. Well, what's a beast to do? He takes Emmy the Maiden to her door, shares her meal and wins her trust. As he leaves he marks her door with a heavy mark. He knows where to get a good meal in future...
Strangely though, it isn't thoughts of gobbling her up that possess his mind. As he passes her humble nook each day he begins to look for her and even to talk with her. This will never do.
Hoping to regain his old irascible self, Ruerd tells the Wicked Witch about the maiden. Maybe speaking her name aloud will make his growing obsession melt away like his mortal self under a full moon.
But it doesn't and, worse, it stirs his Fairy Princess to action.
The Wicked Witch can smell a threat to her enchantment a mile away and the sound of this little Ermentrude simp sends a shiver of fear through her frozen heart. Swooping down on the maiden in all her spun sugar glory, she scatters a few poisoned apples and waits for them to do their work.
Though mortally wounded by the attack, our gentle maiden is no push over. She rallies in time to assist the Beast in choosing a pet.
A pet. The Beast can't believe he's choosing a pet. Of course, he already has a familiar (a cat) but an animal strictly for pleasure...and not for eating? The maiden is beginning to chip away at his shell to find the handsome prince beneath.
He has so little desire to add her to his menu that he arranges for her father to be offered a job in a neighboring village--far enough away, he hopes, that he will be saved from his own temptations. 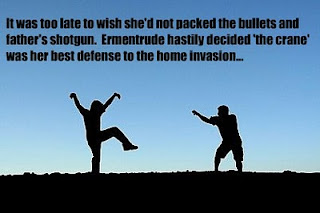 Unfortunately, the world holds more dangers than wicked witches and flesh-eating beasts. Emmy, alone in her cottage, is set upon by two highwaymen. She mostly vanquishes them by masterfully wielding a common umbrella. Sadly, the margin between entirely vanquishing and mostly vanquishing a thief is a mild concussion and unsightly bouts of vomiting.
Who should she send for but the Beast who seems considerably less toothy and hairy than when they first met...
As for the Beast, he loves her, of course he does. He has taken a long look at himself in the inevitably cracked mirror in his gloomy beastly lair and admits it to himself at last. But it is foolishness. 'She would forget him. Only he wouldn't forget her...'
Her concussion gives him an excuse to indulge himself in foolishness a while longer. Telling lies enough to shame a sinner and exaggerating her concussed condition, he manages to invite her father and mother and herself to join him in Holland (hereditary homeland of beasts like him) for Christmas.
His Fairy Princess will be none too pleased, he considers, but her wrath will just have to be dealt with. Nothing will get in the way of keeping the maiden with him...for a little bit longer.
At the beast's magnificent castle Emmy the Maiden looks into the Mirror of Erised (oh, no, wrong story) and sees herself happily wed to a handsome prince. Because her maiden heart beats true she is able to clearly see that this is the beast in his true form 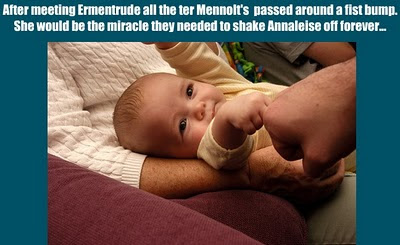 and she discovers she loves him. Of course she does.
Aware of perils ahead (to her heart and (thanks to the Wicked Witch's brewing powers) to her health), Emmy reminds herself, 'I must be circumspect...'
Meanwhile, two princesses (sisters of the beast) have fallen at Emmy's feet like the rescuing antidote she is. Princess Joke and Princess Alemke exchanged a quick look. Here was the answer to their prayers. This small girl with the plain face was exactly what they had in mind for their brother. But Ruerd, deep in his painful transformation from beast to man, has to keep himself well away from the maiden. Each moment with her threatened to carry him away on a tide of feeling. He wondered why the sight of her in a sensible nightdress with her hair hanging untidily in a cloud around her shoulders, should so disturb him in a way which Annaliese, even in the most exquisite gown, never had.
But one day the heady temptation of her proximity undermines his rigid control. Passing off the fierce and possessive kiss he gives her as a bit of mistletoe nonsense and beastly behavior is a lie and he knows it.
The Wicked Witch, her Fairy Princess disguise wearing thin around the edges, casts more enchantments and spells to little avail. The beast (hardly a beast at all now) is lost to her but she'll be cursed if there's going to be a happily ever after--not if she has anything to do with it. 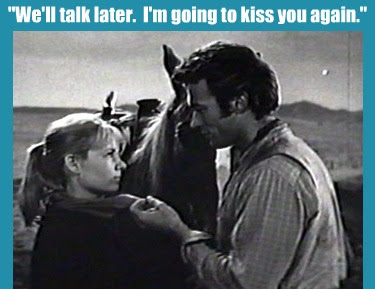 She dips an arrow in deadly poison and lets fly. White-faced and shaken, Emmy is able still to banish her from the castle but staying with the prince is now impossible.
She turns to her Fairy God-uncle, Oom Domas, and asks him to escort her back home to her cottage. He agrees, though with some misgivings. But he must grant the wish as that is a Fairy God-uncle's job.
However, before they leave, Emmy the Maiden, with the courage of ten men, follows the wounded Beast (wounded at her news of her departure) out to the wind-lashed dunes. I'm going because I'm in love with you. You know that, don't you?
...He kissed her soundly. 'We will talk later. I'm going to kiss you again.'
And then the Beast was never a beast again.
And they lived Happily Ever After


Rating: I just adored this one from beginning to end. Ermentrude is so friendly and has so few deferential feelings toward Ruerd (at least until her Dawning Realization) that he is disarmed and then captivated. Expecting to be treated like the eminent professor that he is, Emmy instead adopts him just as she would a lost puppy.
The tension in this feels very like that in An Ordinary Girl--hero, engaged to one girl, finds himself pursuing (quite madly) another. The principles like one another throughout and the angst revolves around seeing if hero will let himself go. This is also one of the best books for supporting that 'I loved you from the start but didn't know it right away' tropes.
But Ermentrude. Any takers on whether Betty Neels named her that for a drunken bar bet?
The Mistletoe Kiss is particularly good in the supporting characters department--his sisters, her parents, even his Oom Domus. Brilliant.
Lashings of Whipped Cream for me.

Fashion: Ruerd thinks she wears a lot of ill-suited clothes 'with an air'. Plastic mac, a brown suit with a cream blouse, and a 'useful' brown velvet evening dress. While staying at his home, he presumably sees her wearing his sister's gossamer nightie (not too gossamer, I hope). In contrast, his fiancee' Annaliese wears a slim cerise silk sheath (nice alliteration, Betty), stone-colored crepe de chine, red chiffon (which is a middling way to be a vamp--chiffon isn't exactly dangerous and tarty material), a cashmere and quilted jacket, gold tissue and chiffon, peacock-blue taffeta, and a soft blue wool coat with a high-crowned Melusine hat.