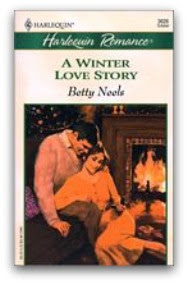 It's never a good sign when even after reading a book several times (including THIS WEEK), you have to refer to your notes for the title. A Winter Love Story is not the most memorable book written by Betty Neels...but is it because of a lackluster title? Let's find out:

Claudia Ramsey (age 27) is a stunner. Her copper-haired beauty shines through a succession of deplorable outfits that feature such fashion statements as oversized pinnys and dirty sacks tied around the mid-section. As the story opens, she is to be found dusting Uncle Colonel William Ramsey's library. Or is the Colonel Uncle? At any rate, The Colonel is getting ready to bite the big one, but before he does, Dr. Willis has called in a specialist. Mr. Tait-Bullen (hereafter to be referred to as Mr. T-B(age 39)) is an imminent cardiologist - he recommends a triple by-pass, but The Colonel doesn't hold with such nonsense. He'd rather shuffle off this mortal coil than go under the knife. So he does. But not before Claudia has had a couple of opportunities to meet Mr. T-B. It's fortunate for Claudia that she has plenty of natural beauty - Mr. T-B only gets to see her in her eccentric work clothes, and he still can see her gorgeousness - even when she's filthy with dust or grimy with dirt from the greenhouse. 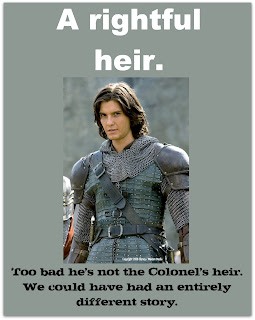 The Colonel announces to Claudia and her mum that he will be dying in a day or two, and would they please call Mr. T-B, he'd like to see him one more time. Mr. T-B drives down from London and chats with The Colonel about...lilies. The Colonel was spot on in his self-diagnosis - he assumes room temperature that very evening.
zzzz...oh yeah, A Winter Love Story. Right. Okay. Umm. The Colonel has left generous bequests to the family retainers. Claudia and her mum get 'shares' - which turn out to be worthless. The house is entailed to a distant relative. The Heir, Mr. Ramsey, is obnoxious (you were expecting different?)...he is not willing to share any of his inheritance with Claudia and Mrs. Ramsey - although he does give them orders: Fire the old Butler! Air the beds! Don't steal the silver! Claudia and the gang wisely ignore him...all the staff find new jobs, Mrs. Ramsey gets engaged to Dr. Willis and Claudia goes off to her fabulous new job in Southampton! 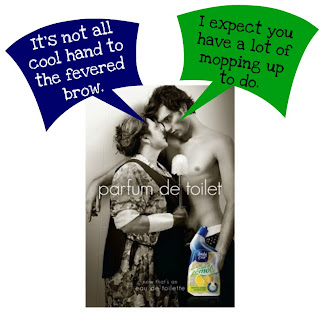 The Job at Ye Olde Geriatric Hospital is not exactly cushy. "It's not the cool hand on the brow kind of work - more like a charwoman - plastic pinnys and mops and buckets." Claudia, being Claudia, puts a brave face on it and cheerfully gets on with it. She does have a day off after a week which happily coincides with her mother's wedding. Mr. T-B has cadged an invite to the wedding...he'd like to see what's up with the beautiful Claudia. He neatly arranges to drive Claudia back to Southampton and sets up a date for her next afternoon off.
The date is pretty successful...Claudia eats with an appetite sharpened by the rather stodgy hospital food she's been stuck with. The after dinner conversation is a little one sided - Claudia wonders if she's boring Mr. T-B. 'I don't think that you will ever bore me...would you like to go out again?'
A few days later, Mr. T-B drops by Ye Olde Geriatric Hospital unannounced and asks our girl if she's happy where she's at. Claudia answers him honestly that working at geriatric hospital is absolutely grim. Mr. T-B offers an alternative. 'Will you marry me? I need a wife and you would have freedom, we laugh at the same jokes.' 'Gosh, that sounds so sensible. Just one thing...I don't know your name...'
Thomas(yes Mr. T-B shall now be called Thomas) tells Claudia that they can get married by special license just as soon as she works through her one week notice.
After the wedding Thomas takes Claudia to his home in London. It's beautiful, natch, but he really only has an aging Tony Danza, er...Cork, to cook and clean - with a little help from Mrs. Rumbold, the daily. Cork may be happy for his boss, but that doesn't mean he's ripe for the picking. Claudia recognizes his type and begins her campaign to win him over. She's quite practiced in the art of getting aging butler types to eat out of her hands.
Married life agrees with Claudia and Thomas. They get along just fine - he even goes along on the Deluxe Connubial Shopping Extravaganza and agrees to adopt a stray puppy that Claudia has rescued from the park.
With things going so well, what should happen next but a visit from The Woman Scorned. Honor Thompson envies Claudia and goes out of her way to be nasty. For any other new bride except Claudia this would be either a wake-up call or tear-inducing. Not Claudia...she takes all the drama out of Honor's snide comments and she's quite cheerful when Honor leaves. This gives us the best bit of the book: 'I hope you're grateful that I married you. She would have eaten you alive in a couple of years.'
Thomas is suitably taken aback at the lack of reproachful comment, coolness or sulkiness. He's married to a treasure. Even Cork is starting to appreciate her.
The hospital Christmas ball is a fine opportunity to re-gift Grandmother's pearls. Claudia is a bit disappointed that Thomas isn't giving her something he picked out, but her disappointment is short-lived. She's also a teeny tiny bit jealous of all the pretty nurses that Thomas dances with at the ball. She is mollified to learn t 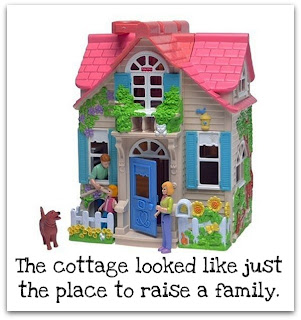 hat they are courtesy dances and that it's a tradition - not his idea. Claudia is beginning to be a little unsettled. Just a little. It's starting to seem like Thomas doesn't really need her companionship - he's spending more and more time either at work or in his study. He does take time off for a day trip with Claudia wherein they stop in a village and do a spot of house hunting, and by spot I do mean spot. They look at one cottage, Thomas realizes he's in love(with Claudia, and presumably the house) and makes an offer on it. No inspections for leaky drains or insects, nope, they look at ONE house and they're done. That's fiction for you. The real icing on the cake is when Claudia throws herself at Thomas and gives him a great big thank-you kiss. The End. I wish. Darn those page counts. It's only page 124 - there are SIXTY more pages to go, in which Not. Much. Happens.
Let's sum up:

Rating: Beautiful Woman Marries Rich Doctor!! News at Eleven!! Hmm...for the most part I found this book charming, but unfortunately it's rather 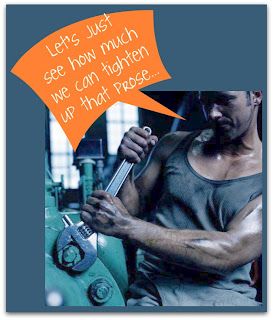 forgettable, and really, that title doesn't help it a bit. It would have best been served by a handy application of a spanner - to tighten up the sagging prose - and then a hacksaw taken to the last 40 or 50 pages (or 60) . The thing I like best is how open and honest AND friendly the two protagonists are to each other - before they fall in love. Claudia is charmingly matter-of-fact and forthright - she readily apologizes when she makes a gaffe. When life throws her lemons, she makes lemonade. Thomas is friendly and kind and pleased with himself for marrying such a beautiful woman who is perfectly suited to his life. It takes AGES for the two of them to realize they are in love - (him on page 122, her on page 171) and they have a tough time making the transition from open and honest 'just friends'...which is really too bad - all it would have taken is a couple of satisfying snogs to break the ice (let that be a lesson to you...)...even after 30 years of marriage, I find a few satisfying snogs can clear the air better than an hour of discussion. TMI? After much deliberation I'm going to give this a boeuf en croute...no, wait...treacle tart...um...mince pies? Let's leave it at that, mince pies. It's not that it's a bad book, it's just that La Neels has done the same story many times and done it better. I do have this book review to thank for my now clean house...I spent lots of time avoiding writing (because I wasn't inspired at all) and doing other productive things like moving furniture and doing laundry.
Food: crab ravioli with ginger, breast of duck potato straws(twice), Brussel sprouts (at least twice), pear tatin with cinnamon ice cream, individual cheese soufflés, salmon en croûte, watercress salad, iced fruit cake with silver leaves, game soup, roast pheasant, chocolate pudding, turkey, braised celery (I just cannot make that sound good in my head), cranberry sauce, 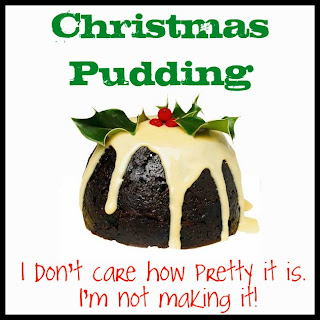 flaming Christmas pudding (forget it, I'm NOT making it!), smoked salmon, ham on the bone, stuffed eggs (are these the same as devilled eggs?), chicken pie, lamb chops, apple pie.

Fashion: She doesn't get to wear anything nice until her mother's wedding...before that she is usually to be found in working clothes...hair covered by a duster secured by a piece of string, a large print pinny several sizes too large, an old sack wrapped around her and topped with a jacket that is colourless with age, at the geriatric hospital she wears mud-brown dresses with a plastic pinny. At mum's wedding she wears a grey suit that's out of date with a grey beret. Her wedding outfit is a plainly cut dress and jacket of misty blue wool with grey velvet collar and cuffs. She is treated to the Deluxe Connubial Shopping Extravaganza at Harrod's and Harvey Nichols.